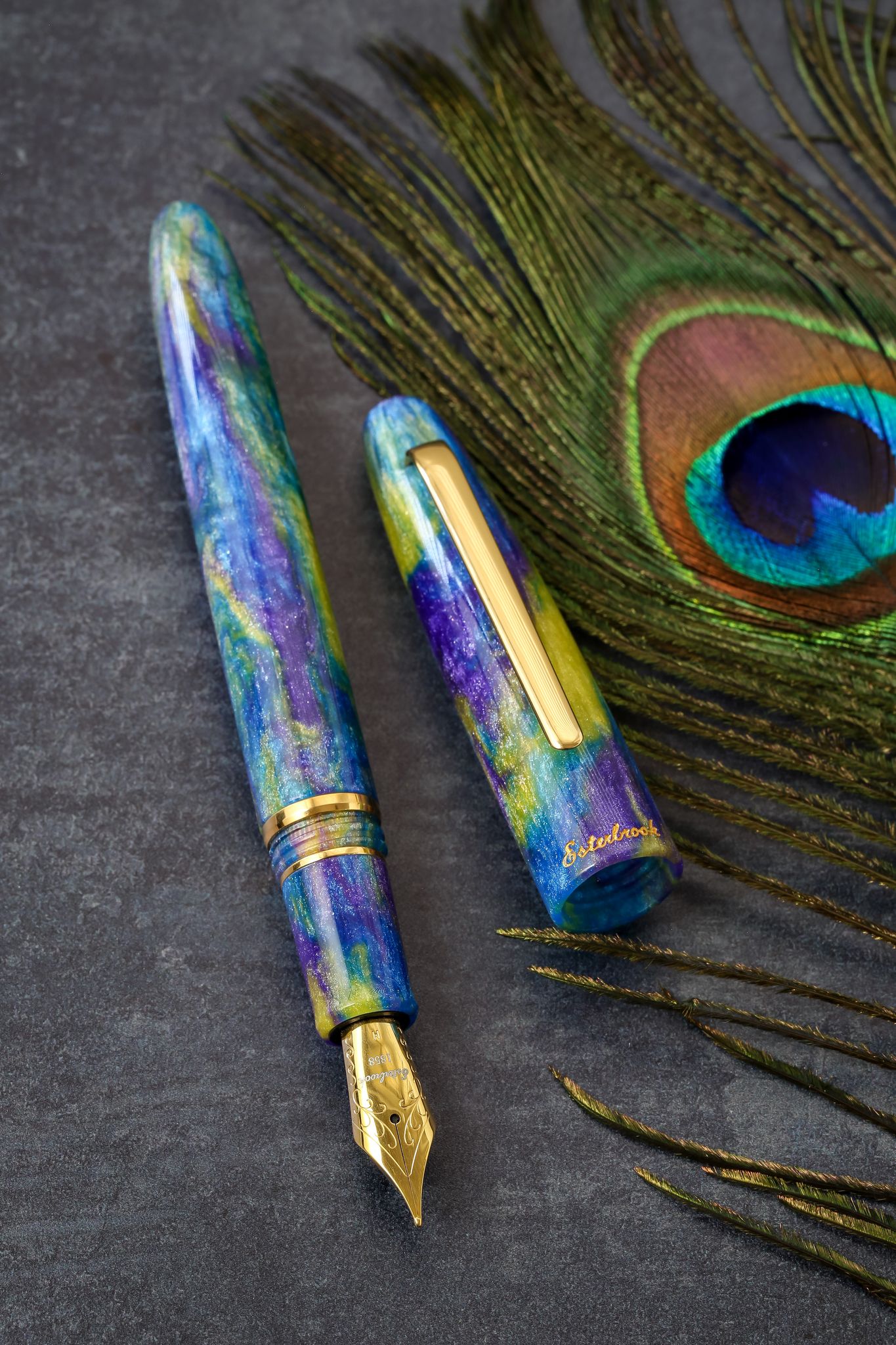 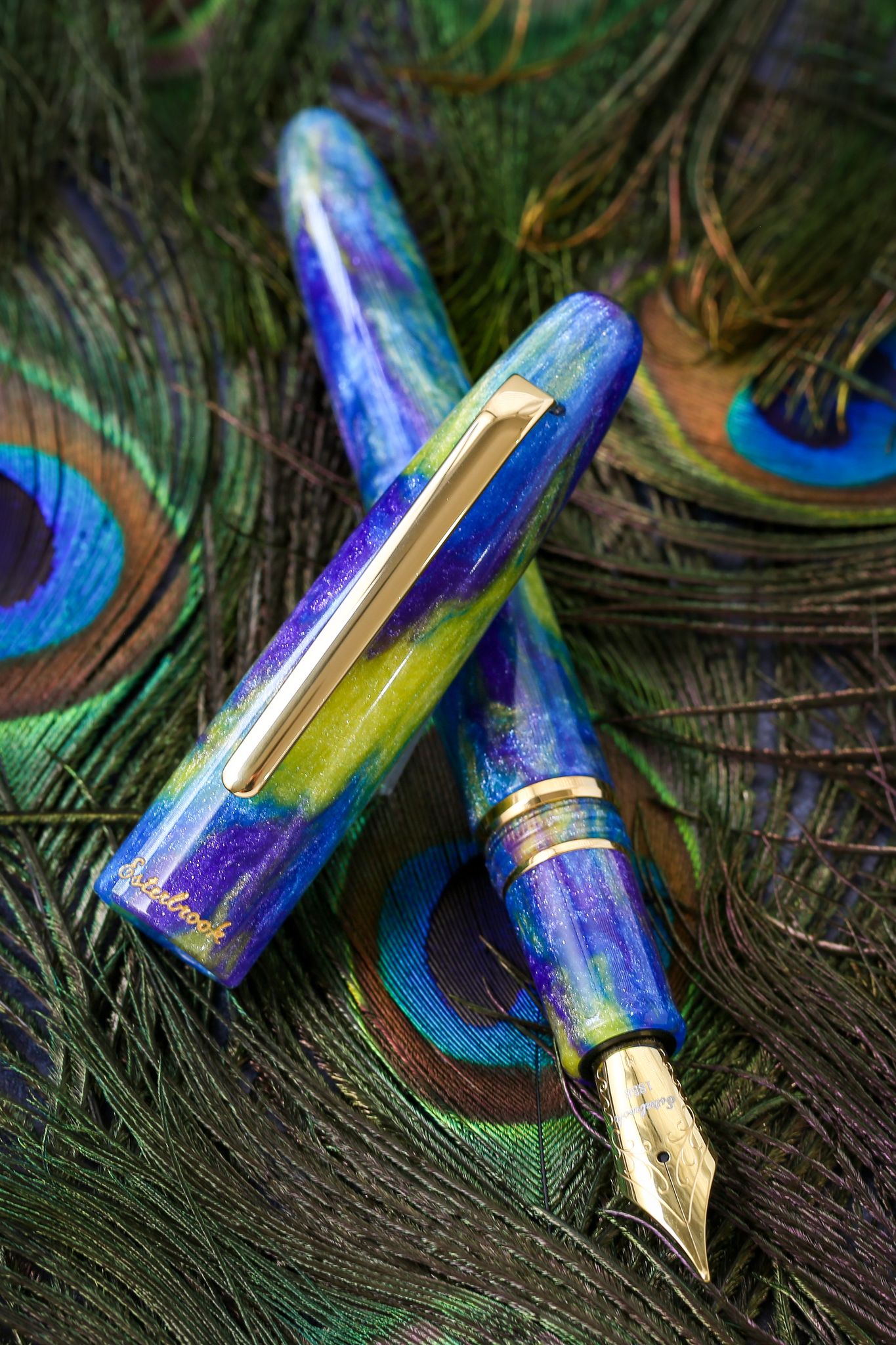 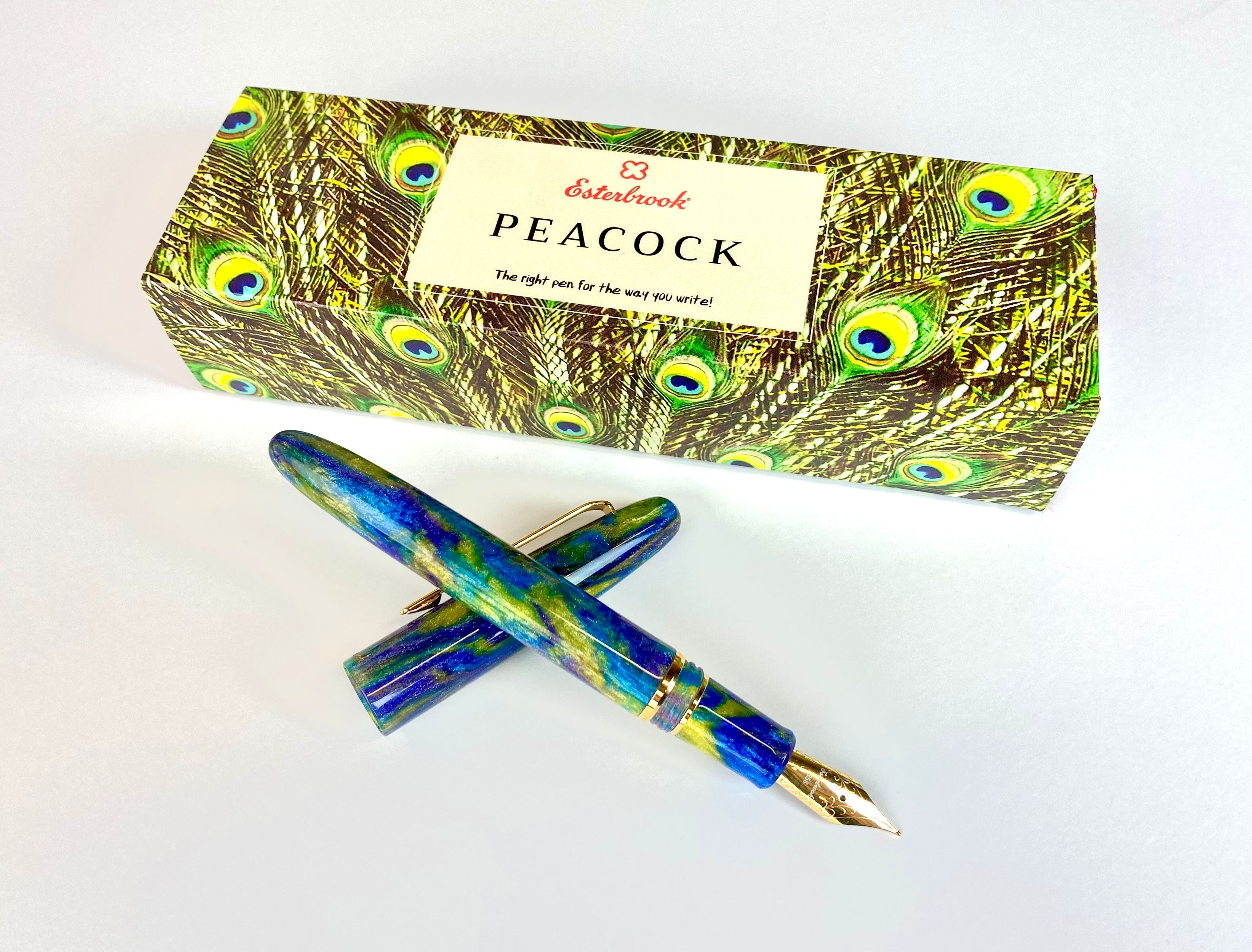 Produktnummer: SW12177.3
Produktinformationen "Esterbrook Estie Peacock - Limited Edition"
Introducing the most regal Estie to date: the Estie Peacock
"For this Estie we turned to the Peacock’s fabled place in the mythology of India, where the  Peacock has been revered for thousands of years. The pride of the peacock has long been depicted in temple art, writings and music. The peacock’s place in Indian folklore cannot be overemphasized: one of the most important deities, Lord Krishna was known to have adorned his head with the peacocks’ feathers and  in illustrations of Shiva, the God of War, he is often accompanied by the peacock as a sign of strength. The peacock symbolized wisdom, royalty and power and it still does today, as the national bird of India.
To illuminate the magnificent colors of the peacock, the Diamondcast material for these writing instruments was developed in collaboration with Mc Kenzie Penworks and gleams just like the glimmering feathers of this majestic bird. Available in rollerball, standard and oversized fountain pens, the Peacock Estie is available in extremely limited quantities, making it just as rare as the glorious avian it represents.

This Modal is powered by moori Foundation